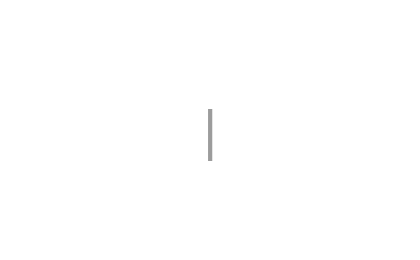 Baif Don Head in Richmond Hill by Baif Developments and Hariri Pontarini Architects A new mixed-use high-rise complex is, thus, proposed by Baif Development for its Don Head Lands. Located south of Major Mackenzie Drive along west of Yonge Street on the south side of Major Mackenzie Drive and west of the Civic Centre, this new addition will be Richmond Hill’s first High-Rise building of its kind. The architectural design, carefully conceived and developed by Hariri Pontarini Architects, maintains an urban edge along Yonge Street. To that end, the design incorporates a commercial strip of retail units along its edge, enforcing the pedestrian relationship to Yonge Street and creating a convenient life-style for the residence. The proposed complex consists of four large residential blocks and a civic centre block at the south west corner of Yonge Street and Major Mackenzie. Each block is designed around a courtyard. The outer form of the block is broken down into a series of components; a ‘signature’ tower, townhomes, retail units relating to Yonge Street, and residential dwellings. The development along Yonge Street reflects the scale of the existing small retail stores which characteristically define the street, mitigating the large changes in topography along the site. Long, horizontal forms face Addison Street, while low scale townhomes line the flanking side streets. Each tower employs a uniquely coloured balcony guard and contains a large solar panel mast. Planted roofs and large green courtyards further identify these buildings as environmentally sensitive. As an exception, Parcel D, located at the north western edge of the site, does not contain a tower. Instead, sculpted terraces wrap around the courtyard and help transition the project away from Yonge Street into the low scale residential neighbourhood to the west. As a result, each element of the project responds to the site specific settings that surround the project. The design and development of the project is currently in progress, seeking Zoning Bylaw and Official Plan Amendment; therefore, the illustrated renderings and images are conceptual and subject to change.

Baif Developments Limited was the original developer as well as the major builder of the Don Head subdivision which comprised of 109 hectares and included an entire concession lot south of Major Mackenzie Drive West, between Yonge Street and Bathurst Street in Richmond Hill.

Hariri Pontarini Architects is a full-service Canadian firm devoted to producing work of lasting value. Siamak Hariri and David Pontarini founded the Toronto office in 1994, motivated by a shared commitment to design quality. Today their 120-person practice offers its clients in-depth partner involvement through all stages of design and the breadth of building experience and technical expertise to rigorously oversee construction.

Via condos has insider access to Baif Don Head Condos and is able to get you in first, offering you the lowest possible price point and additional incentives.